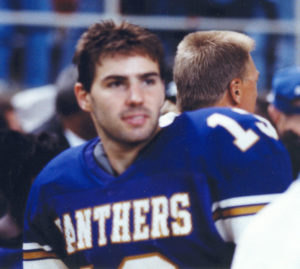 Kurt Warner will become the first native Iowan to be enshrined in the Pro Football Hall of Fame in a ceremony in Canton, Ohio Saturday.

Warner played at Cedar Rapids Regis High School and after graduating in 1989 went to Northern Iowa. Terry Allen was Warner’s coach at UNI and says he’s probably mentioned in more books for the fact that he started Warner only one year in college. Allen says the way Warner handled the situation at UNI showed early on the qualities that would lead to his eventual success. 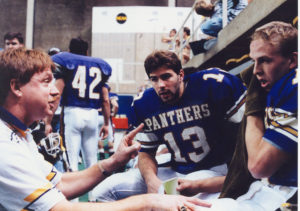 Warner’s rags-to-riches story after college includes a stint stocking shelves at Hy-Vee, playing for the Iowa Barnstormers in the Arena League, then NFL Europe and finally getting a chance through injury to become the starter for the Saint Louis Rams. He led the Rams and a high-powered offense to a Super Bowl win.

Allen, now lives in Nixa, Missouri, and works for the city’s Chamber of Commerce. He talked about what it means to see Warner go into the Hall of Fame. “I don’t know if you can say it’s gratifying — you just appreicate the success he’s had,” Allen says. Allen will be attending the ceremony along with former UNI assistant coaches Bill and Ken Salmon.

Current Panther coach Mark Farley says he tells current players Warner’s story to illustrate what they need to do to be successfual. He says he texted Warner at the start of this week.

Warner won two regular-season NFL MVP awards along with a Super Bowl MVP. He took the Rams to one other Super Bowl and later took the Arizona Cardinals to their only appearance in the Super Bowl. Warner is still the only quarterback to throw for 300 yards in three different Super Bowls. He was voted into the Hall of Fame in his third year of eligibility.