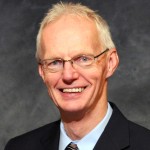 The boys’ state basketball tournament is being reduced to a five-day event with championship games being held on Friday. Alan Beste is executive director of the Iowa High School Athletic Association and says Saturday was eliminated with the hopes of avoiding college basketball tournaments and spring break.

It is the first major change in the state basketball tournament since the move from three to four classes in 1985 and Beste hopes it will boost sagging attendance.

“If we can avoid conflicts for the fans and the teams who are coming I think we have an obligation to do that”, said Beste. “We felt by taking Saturday off and condensing it down to a five-day tournament that we could help take away one of the conflicts people may have that make it difficult for them to come to the state tournament on a Saturday.”

A few years ago the IHSAA floated the idea of super regionals and cutting the number of teams at the state tournament to four per class. Beste says that was not one of the options considered.

The Association also announced the state swimming meet is moving from Marshalltown to the new facility at the University of Iowa.

“They have hosted Big Ten meets and NCAA meets and we just felt now was the time to take advantage of that new facility.”

Marshalltown had served as host since 2005 and prior to that the state meet had been held at the University of Iowa Fieldhouse pool.