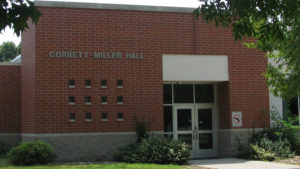 A report from a nonprofit law center claims the Boys State Training School is overusing seclusion rooms and restraints in dealing with troubled youth who are placed at the facility in Eldora.

Nathan Kirstein, an attorney for Disability Rights Iowa, says there is no independent State licensure or oversight of the Boys State Training School. “Right off the bat, we have issue with that because why is it that DHS (Department of Human Services) gets to exempt themselves from that? They don’t have to have regulations, oversight or licensure,” Kirstein says.

The Training School, operated by the DHS, currently houses around 120 teenage boys. Kirstein says they are sometimes confined to seclusion rooms for over 24 hours at a time.

“No other facility in Iowa is allowed to do that, 24 hours is the max,” Kirstein says. “In fact, in detention facilities, after you go over 12 hours, you need a court order, and you have to notify the juvenile court officer and the defense attorney.” 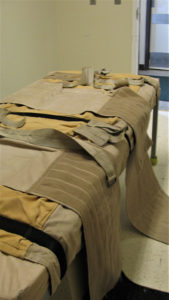 The report also takes issue with what Kirstein calls “the wrap” – a bed that involves straps placed over the arms and legs. The school’s superintendent defended use of the bed to the Des Moines Register, calling it a “swaddling device.” Kirstein says the wrap is not therapeutic and a weighted blanket would be more appropriate.

“If you’re putting someone in the wrap, it is the staff and others who have the control of when you go in and when you get out of that,” Kirstein says. “What’s important to recognize about that is locus of control is very important when you’re talking about youth who’ve had adverse childhood experiences – meaning they’ve experienced early childhood trauma – abuse, neglect, and particularly sexual abuse.”

Disability Rights Iowa is not calling for the closure of the Boys State Training School, but Kirstein suggests youth with mental health needs should not be housed there. The report claims about two-thirds of the teens at the school have been diagnosed as having a serious mental illness.

“We hope this report also points out the gaps in services along the way for these youth who end up at the Boys State Training School. Not every youth that ends up there should be there necessarily. They’re more suited for another placement, but no other places will take them in Iowa,” Kirstein says. According to Kirstein, Disability Rights Iowa will consider filing a lawsuit in federal court against the Governor, the DHS Director and other state officials, “if they do not remedy the problems identified in the report.”

Amy McCory the spokesperson for DHS, releaed this statement:

The State Training School provides supervision and support to keep more than 250 youth each year safe from themselves and others, protect the community, keep staff safe, and rehabilitate youth to reduce the likelihood of re-offense.

· The State Training School is independently accredited by the American Correctional Association (100 percent compliance), met or exceeded all Prison Rape Elimination Act requirements.
· Eldora reports all suspected incidents of abuse to the Department of Inspection and Appeals for review and follow-up.
· The academic school is accredited by the Department of Education.

The State Training School has arranged and welcomed visits from a juvenile justice expert, psychiatrists from the University of Iowa Hospital and Clinics, school professionals from Oregon and Florida, and a Department of Education mentor. Visitors have high praise for the facility especially noting its high caliber leadership; excellent, dedicated, caring staff; and well cared for junior college type campus with no fences.

The State Training School has goals for continuous quality improvement and more mental health resources that are similar to our partners, but the timelines may not align as we balance resources during tight budget times.