You are here: Home / News / Another Democrat in race for Iowa secretary of state’s job 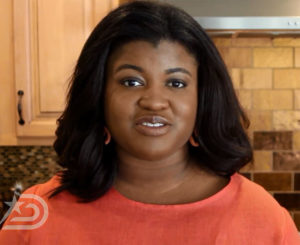 The woman who directed outreach to African American voters in Iowa for President Obama’s 2012 campaign is running to be the state’s top election official. Democrat Deidre DeJear of Des Moines says if she’s elected as Iowa’s Secretary of State, encouraging Iowa voters to participate in ALL elections will be her top goal.

“Getting people engaged at the grassroots level — city council elections, school board elections,” DeJear says. “2016 wasn’t just a presidential election. We had things on that ballot that were going to impact our cities, our counties more immediately than what the federal election was going to do.”

“It’s more than just about a driver’s license or a state ID,” DeJear says. “Obviously…the impacts that it’s going to have on college students, the elderly, folks with lack of transportation…a lot of communication about how their process is going to change.”

DeJear says she intends for her campaign to be a testing ground for how to teach voters about the new law.

“I’m more of an end-goal individual and I look, I see the barrier, but I’m more concentrated on how do I help people better connect with the voting process in light of this barrier,” DeJear says. “And we have to continue to keep the voter first in this process.”

DeJear, who is 31 years old, cast her first vote in 2004 in Iowa, when she was a college student at Drake University. DeJear is a native of Mississippi whose family moved to Oklahoma when she was 12. She settled in Iowa after graduating from Drake. DeJear owns a small business that helps entrepreneurs develop business plans and marketing concepts. She says that work gives her an affinity for the business registration functions the Iowa secretary of state’s office.

“It’s not enough to be a resource to help them start their business,” DeJear says. “I’m interested in being a resource, also, to give them the means to stay in business.”

DeJear will have competition for the Democratic Party’s nomination for secretary of state. Democrat Jim Mowrer of Des Moines has announced he’s running for the office, too. Current Secretary of State Paul Pate, a Republican, has not indicated whether he intends to seek reelection in 2018.

Photo courtesy of the DeJear campaign.