You are here: Home / Crime / Courts / Man charged in May fire deaths of Guthrie County girls 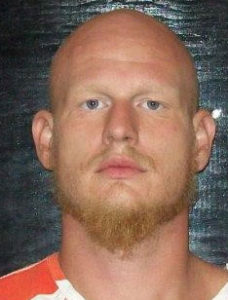 A Story County man is in the Guthrie County jail, accused of starting a house fire back in May that killed two girls and injured their grandmother and her son.

Twenty-six-year-old Patrick Thompson of  Nevada is facing charges that include two counts of first-degree murder. The girls who died in the fire were cousins; 16-year-old Shakiah Cockerham and 12-year-old Melanie “Paige” Exline.

The house was owned by the girl’s grandmother, 74-year-old Shirley Exline. She has claimed the fire is linked to sex abuse charges filed against 19-year-old Noah Exline. He’s accused of abusing his sister, Paige, who died in the fire.

“There could be a connection and through the investigation we can hopefully find out what that is,” Sheriff Arganbright said. Noah Exline was living with Thompson when Noah was charged with sexually abusing Paige. James Exline, Paige’s father, also was arrested Wednesday in Greene County. He’s accused of sexually abusing the girl as well.

Arganbright said investigators are still working to identify a motive in the case, but court documents state that Paige Exline was the “sole witness” to the abuse and Thompson had sent threatening text messages after Noah’s arrest.

“Thompson is James Exline’s stepson and is a stepbrother to Noah Exline,” Arganbright said. Shirley Exline suffered minor injuries in the May 15 fire. Her son, 54-year-old William Long III, suffered severe burns and spent many weeks at University of Iowa Hospitals.