You are here: Home / Health / Medicine / Iowa Alzheimer’s cases expected to rise slower than other states 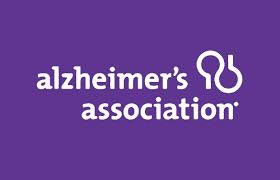 Iowa ranks 50th in a new study that ranks the states based on the projected rise in the percentage of Alzheimer’s disease cases that’ll be diagnosed in the next several years.

Carol Sipfle, executive director of the Alzheimer’s Association Greater Iowa Chapter, says the report is a little misleading, as Iowa’s population is already much older than many other states.

“Relative to other states, we have a higher rate of Alzheimer’s disease in this population,” Sipfle says. “So, as we look toward the future, we’re not going to see a dramatic increase because we’re already at a higher level, relatively speaking, compared to other states.”

While some states may see a rise of 40 and even 50 percent, Iowa’s only projected to see a 14 percent increase in Alzheimer’s cases through 2025, according to the rankings from 24-7 Wall Street. While she doubts it’ll be a selling point for tourism or getting people to move here, Iowa’s ranking is the lowest among the 50 states.

“It puts us in a good situation,” Sipfle says. “We’re tackling Alzheimer’s disease as much as we can because of our high percentage of people age 65 and older. We’re working to spread the word about resources that’re available.” While there’s no sure-fire way to prevent the memory-stealing disease, Sipfle say several things are proven to help slow its progression. They’re all focused on a person’s physical and mental health.

“Anything you might do to keep your heart healthy, exercise and watch your blood pressure and cholesterol, eat heart-healthy foods, all of those things are good for your brain,” Sipfle says. “We also advise them to stay mentally-active by learning new things and doing things like crossword puzzles and Sudoku and learning new skills and taking on new hobbies.”

In addition, she says it’s also important to stay socially-engaged. About 64,000 Iowans are now living with Alzheimer’s. A 14 percent increase would take us to 73,000 cases by 2025. The state with the highest projected increase in cases is Alaska with an expected rise of nearly 55 percent over the next eight years. Arizona, Nevada, Vermont and Utah round out the top five with projected increases of at least 40 percent each.

Joining Iowa at the bottom of the list are: North Dakota, Rhode Island, South Dakota and New York, all in the teens.