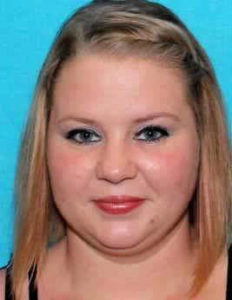 The Iowa Division of Criminal Investigation says a body found in Webster County is that of a missing Fort Dodge woman.

Knigge was found last Thursday in Indiana and is now one of two people charged with first-degree murder in Gomez’s death. The other person charged is 25-year-old Phillip Williams of Lafayette, Indiana.

Williams and Knigge are being held in the Tippecanoe County Sheriff’s Office in Lafayette, Indiana waiting to be brought back to Iowa. No other details on the crime were released.

(Photo courtesy of the DCI )