You are here: Home / Fires/Accidents/Disasters / OWI vehicular homicide charge in I-80 crash 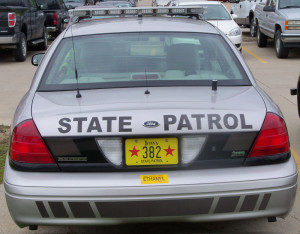 A man from Marengo has been charged with operating while intoxicated vehicular homicide for an accident early Sunday morning on Interstate 80 that killed the passenger in his pick-up.

According to the Iowa State Patrol, a semi had been on the shoulder of eastbound I80 near Malcom. It was in the right lane and accelerating to the posted speed limit when the crash happened.

Thirty-six-year-old Jesus Alfredo Belez of Marengo was driving the pick-up that rear-ended the semi. His 37-year-old passenger, Amy Renee Richard of Marengo, died.

Belez has been charged with a felony that carries a maximum prison term of 25 years.