You are here: Home / Education / U-I president calls for 5 years of 7.08% tuition increases 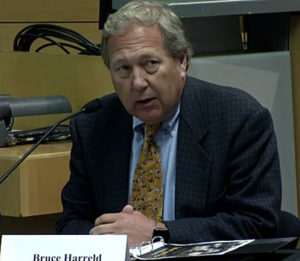 University of Iowa president Bruce Harreld is following the lead of his counterpart at Iowa State University and calling for an increase of 7.08 percent  in tuition for undergraduate resident students in each of the next 5 years.

The U-I was the last of the three state-supported schools to make their presentation to the Board of Regents Tuition Task Force.

He says the tuition paid by in-state students is at the bottom of their peer group and near the bottom for students from out-of-state. The proposed increases would add $3,050 dollars onto the base tuition for an undergraduate student by the end of the five-year period.

Harreld says the U-I cannot continue forward with its plan to improve student success without the proper funding. “We are not at a point in which a choice will need to be made about what quality of an institution we want to be and how we will support the success of our students,” Harreld says. “Increasing tuition is never easy. It’s not something that anyone ever wants to do — particularly because of the impact and the burden it places on the students and their families.”

Harreld says the proposed increases are based on state funding staying the same and the student population staying around its current level. “We certainly understand the challenges related to increasing tuition. That’s why we are committed to maintaining our focus on first-generation students and increasing our need and merit-based student aid,” Harreld says. “A careful balance between an increase in tuition and appropriate scholarship will help mitigate the impact on those who might be struggling with the cost.”