You are here: Home / Agriculture / Dry weather leads to another decline in crop conditions 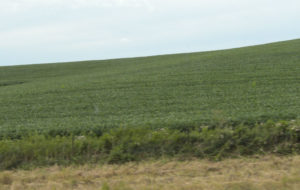 A bean field in central Iowa.

Eighty-one percent of the corn crop is still rated in fair to good condition — but just 9 percent is rated excellent.