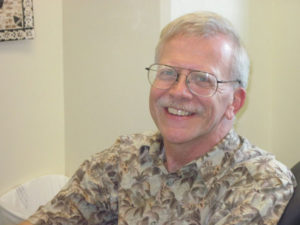 An Iowa native who now lives on the faraway island of Guam says the fear is fading after last week’s nuclear threat by North Korea’s leader.

Jeff Nelson is originally from Jewell and is an associate pastor of a church on Guam. Nelson says Kim Jong Un’s threat was specific, that he planned to aim a missile to detonate within 25 miles of Guam’s U.S. military installation, Anderson Air Force Base.

“At first, everybody was a little shaken but as the days progress, even today, things have started to back off and the tension is not nearly as high,” Nelson says. “You can feel a kind of collective sigh of relief around the island.” Nelson says the island’s residents received a brochure from the Guam government on what to do if there was a nuclear attack.

“There were some instructions that went out, there was written material and they’ve gotten to the point where even on social media, they will send things out,” Nelson says. “All of the TV and radio stations were on top of it. They were just trying to make sure people were prepared for the worst if something did happen.” He says people are a little more relaxed now, compared to when the threat was made last week.

“The rhetoric has calmed down a little bit and both sides have pulled back a bit,” Nelson says. “The tension level is not nearly as high today.” Guam is 2,000 miles from North Korea, where the missiles were to have been fired. North Korea’s leader says he’s received a report from his army on its plans to fire missiles toward Guam. He says he’ll watch the actions of the United States for a while longer before making a decision.