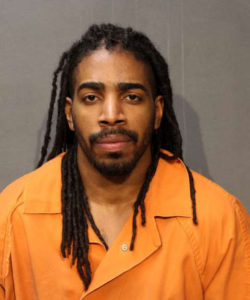 The man accused of killing Pottawattamie County Sheriff’s Deputy Mark Burbridge to death and wounding another deputy was sentenced today after changing his plea.

A Pottawattamie County District judge sentenced 24-year-old Wesley Correa-Carmenaty to life in prison, plus 175 years after he entered guilty pleas to first-degree murder, attempted murder, escape, kidnapping and other crimes.

Correa-Carmenaty had just been sentenced on May 1st to 45 years in prison in an unrelated murder case when he grabbed one of the deputies’ guns while being transferred to the county jail. He shot the two deputies used the jail van to escape. He was recaptured that day in Omaha, Nebraska, after carjacking a woman at gunpoint.

The prosecutor revealed today that Correa-Carmenaty had obtained a handcuff key from another inmate and used it to get out of his handcuffs and attack Burbridge and Deputy Pat Morgan before getting one of their guns and shooting them.

Morgan survived the shooting and is recovering.