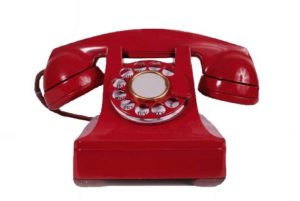 Iowa law enforcement officials are warning that scammers are now starting to use phone numbers that are recognizable to their targets. Grinnell Police Chief Dennis Reilly explains:

“It’s called phone spoofing,” Reilly says, “and so what people are able to do nowadays with the technology is make phone calls and their phone number is disguised with another phone number.”

It means the number that pops up on your smart phone screen may be for your local utility company — but it’s a scammer using software to disguise his or her real phone number.

“So what are you going to do? You’re going to pick it up,” Reilly says. “When you pick it up, it’s somebody that (says) they’re from a utility company allegedly saying you’re behind in your bills and if you don’t give me a credit card number right now, your power is going to get shut down or it’s a law enforcement agency saying a loved one has been arrested and you need to send a money order to this location in order for them to post bail.”

A well-known charity in the Des Moines area has been flooded with calls from people who’ve seen the charity’s number among their “missed calls” — but the charity isn’t making the calls.

It’s apparently a scammer using the charity’s digits to try to fleece Iowans. Reilly says legitimate utilities, charities and governmental agencies will never ask for money or personal information like a credit card number or your birthdate over the phone.

The police chief says when in doubt, hang up and call agency, charity or utility yourself.