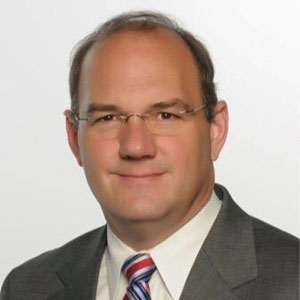 A Republican candidate for governor says the Board of Regents which oversees the three state universities is outdated and should be replaced. Ron Corbett says the recent proposals where each university proposes its own tuition increase shows the need to change.

“The board historically treated all universities the same, while now it’s letting each university run itself. So, that just makes sense to get rid of the board, save the taxpayers $4.5 million and then transfer into a trustee system where each of the universities can run themselves going forward,” Corbett says.

Corbett is a former legislator and current mayor of Cedar Rapids. He says Board of Regents has a large staff that adds another level of unneeded bureaucracy to the government. “You the governor, then you have the legislature, the you have the Board of Regents, the president’s office, then you have the faculty senate, the student senate. There’s just too many levels of government here,” Corbett says. “And I’m really concerned about the tuition increases that are being proposed at this point in time. And this is a way to save money and then allow the schools to govern themselves with a board of trustees.”

The schools are proposing tuition increases of seven percent that would continue for the next five years at Iowa State University and the University of Iowa, while gradually decreasing at the University of Northern Iowa. Corbett says the board of trustees is used successfully by many nonprofit organizations, such as the Iowa Blue Ribbon Foundation of the Iowa State Fair.

“And that board is the oversight of the Blue Ribbon Foundation, they have an executive director. And so it’s similar to what’s done in the private sector and in the nonprofit sector,” Corbett explains. “We pay these presidents well over half-a-million — over a million dollars with benefits– and if you get a strong trustee board then they can manage that individual school.”

Corbett says the board of trustees system would still allow parents of students to have input on how the schools are run. “Well certainly you work directly with the universities. I mean this isn’t a unique proposal that hasn’t been tried or tested around the country,” Corbett says. “Actually, the University of Tennessee switched over from a regents system to a trustee system. And this year the University of Tennessee had its lowest tuition increase in 84 years.”

He says the under the current system when their are funding concerns, the governor blames the legislature, the legislature blames the regents, the regents blame the school presidents, and they turn it back on the politicians, while the Iowa students and their parents end up paying the bill.

“I think when the organizations, the universities, run themselves with the board of trustees it’s going to be more accountable because they are specifically worried about that particular university and whether that university is going to be competitive in the future or not,” according to Corbett.

An Iowa bussiness man who is the former president of the Board of Regents doesn’t agree with Corbett’s plan. Bruce Rastetter of Alden, was appointed to the board in 2011 and served as its president from 2013 until he decided to not seek another term this year.

“I think that’s really ill-conceived. I not sure Mr. Corbett knows enough about it to understand it,” Rastetter says. Rastetter says the Board of Regents has served the state well for the last 100 years despite the ongoing challenges it faces.

“It continues to suffer through the ups and downs of state funding. I suggest he should focus on the way that the state could support it more,” Rastetter says. “As public universities, that support is critical. To have three boards of trustees — you see it in other states — all competing with each other rather than a unified approach of three great public universities under a single board seems to make much more sense.”