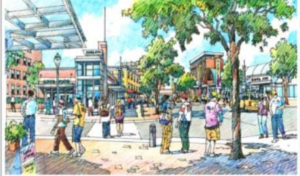 State officials have approved up to $13.5 million in assistance to projects in Sioux City.

About $134 million worth of projects have been identified in the Sioux City Reinvestment District. The Iowa Economic Development Authority Board has approved the city’s application for some state financing in that zone.

The state grants are to repaid over the next 20 years, using taxes generated from the new or refurbished facilities in Sioux City.

A new hotel and parking ramp are planned, along with renovations of the Sioux City Convention Center. Developers hope to establish an ag expo center in the old Sioux City Stockyards and convert some industrial buildings for residential and commercial use. There are also plans for the old Warrior Hotel and Davidson Building in Sioux City.

Developers hope to create a complex for residential and retail space out of the two sites.