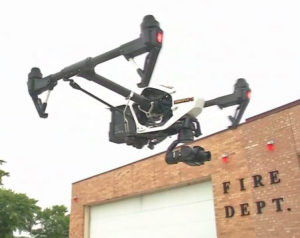 A drone helped rescue 6 people who were lost in a remote area of northeast Iowa’s Allamakee County this week.

Decorah Firefighter Zack Kerndt told KCRG-TV he attached a heat seeking camera to the drone. Kerndt says those tools made it possible to locate the people, who were stranded along the Yellow River near Effigy Mounds.

“With the vegetation off of a tree…because a tree is a living thing, so it is producing heat and you cannot see through the canopy cover. So, luckily they were on the river bank and we were able to spot them,” Kerndt said. A two-way radio was also tied to the drone. That radio was then dropped down to the 3 stranded people on the river bank. 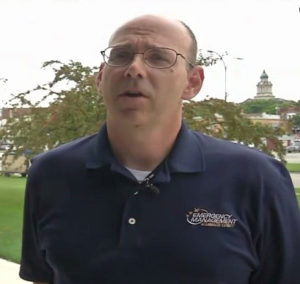 “Without that radio getting to them, we wouldn’t have known that there were three other people that were actually on the river with them,” Kerndt said. Without the drone, Kerndt said the rescue mission “would’ve been like searching for a needle in a haystack.”

“We’re looking at possibly purchasing one down the road. I know a lot of counties in Iowa are doing that now. Especially given our terrain, we have a lot of recreational people, we have a state park. So, we have people who are in heavy vegetative areas. With our hills and ridge lines, it’s very easy for somebody to get lost,” Snitker told KCRG.

The six people who were stranded and rescued were visiting from the Quad Cities. They were tubing on the river. None of them were hurt.