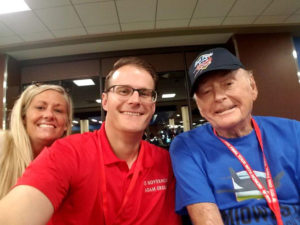 Ninety-two-year-old Glenn Gregg of Hawarden joined the Army during World War II. He was shot in the leg in Germany in 1944. Six-and-a-half decades later, he was awarded the Purple Heart for his actions on the battlefield. 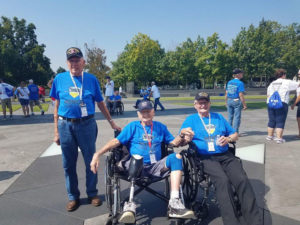 Gregg was one of nearly 90 veterans from northwest Iowa, southwest Minnesota and southeast South Dakota who took an “Honor Flight” to Washington, D.C.

They toured memorials to veterans of World War II, Korea and Vietnam. They also witnessed the changing of the guard at the Tomb of the Unknowns in Arlington National Cemetery.

Adam Gregg says he was “deeply honored” to make the trip with his grandpa. He posted photos from the trip on Twitter.