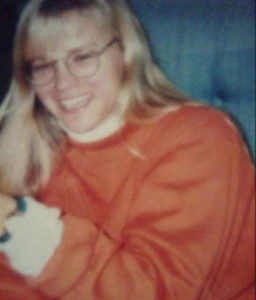 Investigators say they’re reexamining evidence in the case of a Grinnell College student who disappeared 25 years ago today.

Twenty-one-year-old Tammy Zywicki was driving from her home in New Jersey to Iowa for her senior year, but she never made it to the Grinnell campus.

On August 23, 1992, Zywicki’s car was found abandoned on Interstate 80 in central Illinois. Nine days later, her body was found wrapped in a blanket in southwestern Missouri. She’d been stabbed and sexually assaulted. There have been no arrests.

In a news release Tuesday, Illinois State Police said they’re examining 200 items of evidence in the case, and “retesting items with modern DNA technology.” The FBI is offering a reward of up to $50,000 for information leading to any suspects.