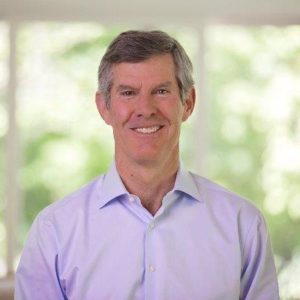 Democrats who’re running for governor, along with a key Republican legislator, are questioning the $20 million in state tax breaks that Apple is getting for building new data centers in central Iowa. Des Moines businessman Fred Hubbell, a Democratic candidate for governor, says it’s not a good deal for Iowa taxpayers.

Hubbell, who once served as director of the Iowa Department of Economic Development, said Governor Kim Reynolds should have pushed for more.

“When I was at the Department of Economic Development, we never gave anybody that kind of money,” Hubbell said. “What we should have been asking them to do — same with Google and Facebook — is saying: ‘Look, you can put it here. We’ll give you the $20 million, but I want another 100 jobs for people all across our state who can work on high-speed internet and they can stay at home and work for you wherever you have offices.’ And if we did that for each one of those, we’d have 500 more jobs paying over $20 bucks an hour in our state today.”

Republican Pat Grassley, the state representative who is chairman of the House Appropriations Committee, tweeted last week that he is “not convinced” the Apple deal is a “good value for Iowa taxpayers.” On Sunday, Democratic gubernatorial candidate John Norris handed out apples during an event in Grinnell to highlight his opposition to the $20 million dollars worth of state tax breaks to the tech giant Apple.

“Invest in people and infrastructure and stop the handouts to a few corporations,” Norris said during an Iowa Federation of Labor forum Thursday.

Norris said 10 years from now, Apple will looking for the next deal in another state, so they can continue to escape paying taxes.

Boulton said that’s why the state budget had to be pared twice last spring — and the emergency funds had to be used as well to make the budget balance.