You are here: Home / Health / Medicine / Study ranks Iowa 13th in number of residents who are obese 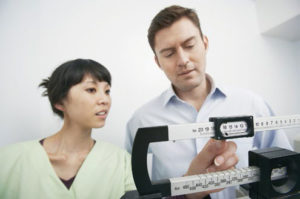 A new study finds almost one in every three Iowans is obese, a number that’s bounded from about one in five at the start of the new millennium.

John Auerbach, president and CEO of Trust for America’s Health, says more Iowans need to get serious about their diet and exercise.

“The Hawkeye State is more or less where it was last year, which is 13th from the bottom,” Auerbach says. “It’s not a good ranking. It represents a percentage of about 32% of the population in Iowa who are overweight or obese.”

Kansas was the only state on this year’s report that saw a decrease in its obesity rate while five states had an increase. The rest, like Iowa, remained steady. Over the 14 years of these reports, Iowa’s numbers have continued to inch upward, like our waistline measurements.

“It is concerning. By comparison, Iowa’s obesity rate in 2000 was 21% of the adult population and now it’s at 32%,” Auerbach says. “We haven’t really turned the corner yet.” On the optimistic side, Auerbach says Iowa’s numbers may finally be stabilizing as we’ve been hovering around 32% for a couple of years now.

“The fact that Iowa is leveling off now in terms of its obesity rate is encouraging,” Auerbach says. “We need to see additional progress in terms of programs and policies in the state in order for us to reverse the upward trends we’ve seen since 2000.”

Auerbach’s list of recommendations includes: investing in prevention at the federal, state and local levels; prioritizing early childhood policies and programs like Head Start; maintaining progress on school-based policies and programs, including full implementation of nutrition standards for school foods; and expanding health care coverage and care, including a full range of obesity prevention, treatment and management services.

The top-ranking states, those with the lowest obesity levels, are Hawaii, Massachusetts and -tops- Colorado, where the obesity rate is 22 percent. The lowest-ranking states on the list are: Alabama, Mississippi and West Virginia is rated the worst, with an obesity rate of almost 38%.