You are here: Home / Fires/Accidents/Disasters / Sheldon residents collect donations to help their counterparts in Sheldon, Texas 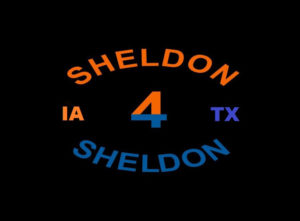 A town in northwest Iowa is “adopting” a city that shares its name in Texas.

The City of Sheldon is launching an effort today to send at least one semitrailer full of supplies to a badly flooded suburb of Houston. Katricia Meendering is the mayor of Sheldon, Iowa.

“Sheldon, Texas is an unincorporated area with Houston. They do have a very large school district with 11 schools in their district and 9,000 students,” Meendering said. “Nine of their buildings have been affected by the flood.” Sheldon, Iowa is home to roughly 5,000 residents and touts itself as a place “Where Families Come First.” Meendering said she recognizes that donation drives for Texas flood victims are being organized by all kinds of groups and cities across the country.

“We wanted to make it a little more personal. We are going to adopt Sheldon, Texas and not only is Sheldon, Iowa where families come first, but so is Sheldon, Texas,” Meendering said. The “Sheldon 4 Sheldon” campaign is kicking off today (Tuesday) with a semitrailer placed in the Sheldon City Hall parking lot, where residents can drop off items needed by those in Texas.

“We will collect items from September 5 through the 13th, with an anticipated date of having a semi load go down on September 15th – directly to Sheldon, Texas to help out their school district,” Meendering said.

Two grocery stores in Sheldon (Iowa) have lists of items needed in Sheldon, Texas and are offering those items to customers at a reduced price for the Sheldon 4 Sheldon campaign. Shortly after Meendering unveiled the campaign on Friday, several Sheldon (Iowa) residents announced they pooled together enough funds to send an entire semi load of bottled water to Sheldon, Texas.

(Thanks to Tom Traughber, KIWA, Sheldon)