You are here: Home / Crime / Courts / Woman charged with murder of man at I-80 rest area 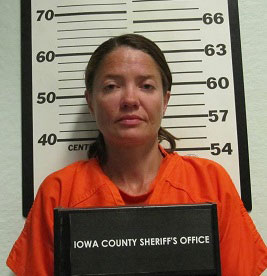 One person is dead and another is in custody following a shooting early this morning at an Interstate 80 rest area in eastern Iowa.

Iowa County Sheriff’s deputies were sent to the westbound rest stop on I-80 near Victor just after 2:30 a.m. They found a man dead from apparent gunshot wounds inside his semi. A woman was taken into custody. Forty-three-year-old Mariana Lesnic is charged with first-degree murder.

For now, investigators say they don’t know where she’s from and they aren’t discussing what may’ve led to the shooting. The name of the victim has not been released.