You are here: Home / Crime / Courts / Creston students disciplined for photo featuring them in white hoods 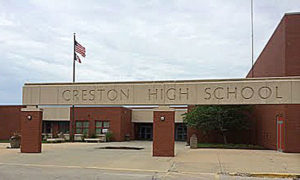 Officials with the Creston Community School District say at least five students face disciplinary action after a picture appeared on a social media post Wednesday that featured the teens wearing Ku Klux Klan-type hoods. One of the teens was holding a Confederate flag, while another held what appeared to be a rifle.

A small, burning cross was seen in the background. The picture was taken off school grounds, but administrators have said the students’ actions did not reflect the values the district espouses, and that an unspecified form of discipline had been taken.

Officials met with the students, but it’s not clear if the matter had been discussed with their parents or guardians. The incident remains under investigation.