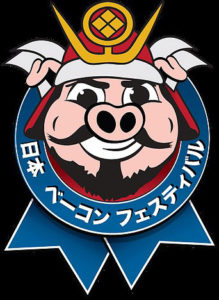 Organizers of the world’s largest bacon festival, held every winter here in Iowa, are launching the first-ever bacon festival in Japan — in Iowa’s sister state of Yamanashi.

Brooks Reynolds, chairman of the Iowa Bacon Board and co-founder of the Blue Ribbon Bacon Festival, says they’re donating at least one-thousand pounds of Iowa bacon to jump-start the Japanese event in November.

“Twenty percent of Iowa pork is already sent to Japan. They’re one of the largest importers of Iowa pork,” Reynolds says. “We just thought why not try to do what we do here in Iowa — over there?”

The Japan Bacon Festival will take place in Kofu, the capital city of Yamanashi Prefecture on November 3rd. Those who attend will get to sample Japanese and American-style bacon. There will also be bacon-inspired contests, beverages, music, a chef exchange, and more.

Reynolds says, “We’re going to have 20 different food vendors using bacon in various ways, whether it’s bacon yakitori, bacon ramen, or fun, interesting bacon sushi items.” The Iowans have launched successful bacon festivals elsewhere, including in Keystone, Colorado and in Reykjavik, Iceland. Reynolds says the large shipment of bacon to Japan will arrive with specialty cookbooks to assure the delicacy is prepared just right, a combination of crispy with a little bit of chewy.

“I’m going over for 11 days so I’ll be in the Kofu area for a week, working with the various food vendors,” Reynolds says. “If they have any questions or need any help, hopefully I’ll teach them the right way to cook quality bacon.” The popularity of the Blue Ribbon Bacon Festival, held in downtown Des Moines, has continued growing exponentially year after year.

The Japan Bacon Festival was inspired by a historic humanitarian effort in 1959. Japan was devastated by two huge typhoons and Iowa’s response was to airlift 36 breeding hogs and ship 100,000 bushels of corn to help with the recovery.

The so-called Iowa Hog Lift is credited with setting the stage for Iowa and Yamanashi becoming Sister States by formal agreement, opening markets in Japan for U.S. goods and services, and initiating agricultural cooperative programs between the two nations.