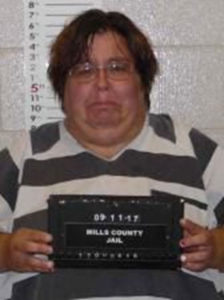 A Glenwood woman is facing charges in the death of her 8-year-old daughter.

According to the Mills County Attorney’s Office, 34-year-old Misty Frazier is charged with child endangerment resulting in death and distributing a drug to a minor without a prescription. The charges stem from an October 2016 incident where first responders were called to Glenwood for an unresponsive 8-year-old female.

The girl was taken to Jennie Edmundson Hospital in Council Bluffs, where she was pronounced dead. After an initial autopsy, the Mills County Attorney’s Office opened an investigation into the incident. Frazier was arrested Monday.