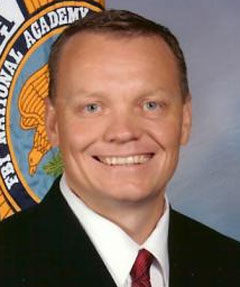 A central Iowa police chief is urging Congress to take immediate action to pass legislation to replace the immigration policy instituted by the Obama administration that deferred the deportation of immigrants who were brought to the country illegally as children.

Marshalltown Chief Mike Tupper says the phasing out of the Deferred Action for Childhood Arrivals or DACA program is a destabilizing force in his community. Tupper fears it will cut the link the police department has with the community.

“If all of the sudden they’re no longer feeling comfortable in calling the police to report when they’re a crime victim or when they might need help, that could have devastating impacts,” according to Tupper.

Tupper made his comments during a conference call organized by the National Immigration Forum.  The advocacy organization wants legislation passed to protect people from deportation, now that DACA is being phased out by the Trump administration.

(Thanks to Sarah Boden, Iowa Public Radio/Photo from the Marshalltown PD website)