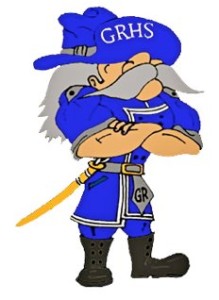 The Gladbrook-Reinbeck School District will stay intact after voters in the district turned down a measure to dissolve it by an overwhelming majority.

Unofficial totals show only 690 voted in favor of dissolving the district, while 1,545 voted to keep the district.

That’s good news to school superintendent David Hill. “I think it shows that overwhelmingly Gladbrook-Reinbeck does have the support of the entire school district community,” Hills says. “It’s an endorsement of the good work that we are doing at G-R, and we can move forward and continue to do what G-R does best — and that is educating kids and preparing kids for the future.”

The impetus to dissolve the district came after the school building in Gladbrook was closed three years ago. Hill said the district’s “hands were tied” as far as closing the school.

Hill says he understands those who were upset by the closing of the school building in Gladbrook. “The loss of a town’s only school is a loss that changes a community, and so those feelings are understandable,” according to Hill. “Unfortunately, we don’t have the student numbers to support a three-building system. And there is just no way to go back to having a three-building system.”

Hill says he’s hopeful that the district can now move forward. “We are the Gladbrook-Reinbeck school district. The name of that town is the first word in the name of our school district and it’s our job to serve all citizens, all students throughout the school district,” Hill says.

The measure to dissolve the district needed a simple majority to pass. Had voters approved the measure, the G-R students would have gone to five other neighboring districts,