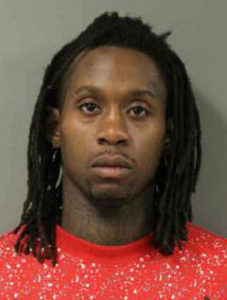 A central Iowa man who was wanted after a fatal shooting is now behind bars.

The man wanted in connection with the murder of 32-year-old Shane Wessels of Fort Dodge on September 3rd was captured early Monday morning. Twenty-seven-year-old Levi Gibbs III of Fort Dodge was taken into custody in Des Moines.

Gibbs was subsequently booked into the Polk County Jail where he will await extradition back to Webster County later today. The Fort Dodge Police and the Iowa Division of Criminal Investigation are continuing to follow-up on leads in this case.