You are here: Home / Agriculture / ISU expert advises breaks for farmers to keep on top of safety 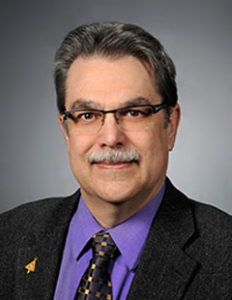 This is National Farm Safety Week. It is designed to call attention to the dangers of farming, especially during harvest season.

Iowa State University Extension Agricultural Engineer and Safety Specialist Chuck Schwab says agriculture ranks as one of the most dangerous and deadliest occupations.

He says agriculture has roughly 2.2 deaths for every 100,000 workers, which is a highest rate in the U.S., surpassing mining, construction, manufacturing and transportation. He puts the issue in perspective.

“It really means that a lot of people leave for the day to go to work and got out there in the fields and do something, and don’t come home,”Schwab says. Schwab says the most common accidents involving agriculture include: tractor rollovers, ATV rollovers, roadway collisions with farm equipment, grain suffocation, electrocution, and machine entanglement. He says one reason for the high rate of agriculture injuries and deaths is the wide age demographic of the people involved with agriculture, from the young to the old.

“Agriculture doesn’t have that cap where you get to 65 and you stop farming,” Schwab says, “and so we see a lot of older farmers out there. And what happens with older farmers — you tend to have different reaction times, you have balance issues, hearing issues, sight, and so all these issues play a role in how you make good safe decisions.”

The Iowa State University Safety Specialist says the same is true with the younger generation, those 18 and younger. He says they should be given more supervision until they gain experience. Schwab says farmers need to be in shape for the physical demands of the business, and he says the best thing you can do is to take a break from the action and have a moment of rest.

He says it’s important to be in top condition, and taking the break allows you to get away from the operation and make sure your mind is thinking clearly. Schwab says it’s similar to athletes who keep themselves in shape, stay hydrated, and then rest when needed so they stay sharp and focused. He says that helps prevent mistakes on the playing field and can do the same in the farm fields too.