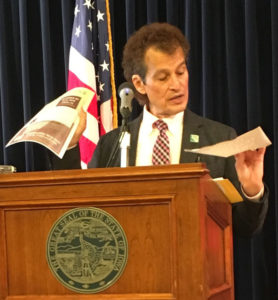 Next week, hotel and motel employees in Cedar Rapids will undergo training in how to spot the victims of sexual exploitation. It’s part of a new, statewide effort to combat human trafficking in Iowa hotels and motels.

George Belitsos of the Iowa Network Against Human Trafficking and Slavery says commercial sexual exploitation is now a bigger business than the drug trade.

“Humans can be exploited for many years,” Belitsos says, “plus human trafficking is more hidden from public view.”

He says that’s why training everyone who works in an Iowa hotel or motel is so important. Training exercises were held last week in the Des Moines area. 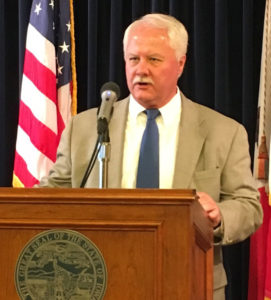 Steven Patrick O’Meara, the former leader of the Nebraska Human Trafficking Task Force, is now president of an Omaha-based coalition that has trained employees in more than 100 Omaha hotels to be on the look-out for victims of sex trafficking. He’s now conducting similar seminars in Iowa.

“Much, if not most of sex trafficking is actually carried out in hotels and motels,” O’Meara says, “although I think currently that is often without the awareness of the hotel and motel.”

O’Meara cites Creighton University research indicating in any given month, more than 800 people in Iowa and Nebraska are at “high and moderate risk” to become victims of sex trafficking. O’Meara has appointments with groups in the Quad Cities, Dubuque, Council Bluffs and Sioux City to discuss how to teach hotel and motel employees about the warning signs of human trafficking.

“To build in growing concentric circles to squeeze the air out of this market,” O’Meara says.

People who pay for sex are willing to drive more than an hour to a hotel or motel, according to O’Meara. He says that means hotel staff in urban and rural Iowa need to be trained. He’s also encouraging people who book events at hotels to ask if the facility has trained its hospitality staff to report suspected cases of human trafficking.