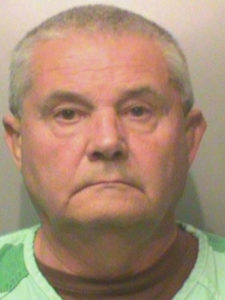 A Dallas County man is facing charges after a nearly year-long investigation into a fatal hit-and-run crash north of Des Moines.

“He’s been out of the state since the (arrest) warrants were issued and through his attorney, he was aware of the arrest warrants when he returned to Iowa and he turned himself in,” Dinkla said. Police accuse Janda of “cutting off” the motorcyclist, 57-year-old Joseph Davis of Des Moines, who died after crashing into a minivan. Janda was arrested Tuesday. The crash happened on October 29th of last year.

“It was a lot of leg work for that investigator to piece together all of the material, phone records, information, and stuff like that,” Dinkla explained. “It’s just taken a lot of time.”

Investigators said Davis and another motorcyclist were traveling in rural Polk County in a construction zone, which narrowed the road to one lane, when a pickup truck tried to pass them as the road opened back up to two lanes. Davis was then unable to move into the proper lane and hit the minivan. The pickup left the scene.