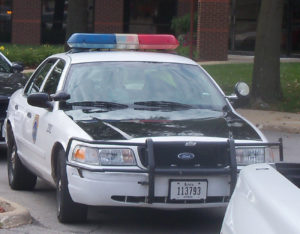 A manhunt is still underway in Iowa’s capitol city after a shooting early Sunday.

Des Moines police say a man was shot in the arm about 3 A.M. in the downtown area. The suspect in the shooting was spotted in a car and police gave chase. Officers say the man’s car rammed into a Burger King, disabling the car but not hurting anyone.

The suspect hopped out of the car and ran into some nearby woods. Police pursued with a dog but didn’t find him. The man who was shot is said have a non-life-threatening wound. No names were released.