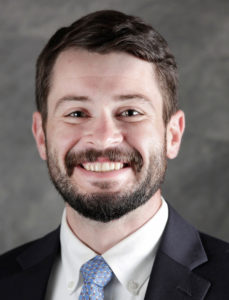 The top Democrat on the Iowa House Appropriations Committee is asking the state auditor to verify some of the financial data Republican Governor Kim Reynolds’ budget director released a week ago.

The state auditor’s office conducts a routine review of every state budget, once the 12-month period has drawn to a close, to ensure it follows Generally Accepted Accounting Principles. Representative Chris Hall, a Democrat from Sioux City, is asking for a more immediate “special audit” of the last budgeting year to make sure the Reynolds administration didn’t use “gimmicks” to erase red ink.

“What we’re requesting with this audit is that we are given the details and we’re not just told to trust them. We need to verify those facts,” Hall says. “”We need to make sure the state’s budget is in sound and transparent form because that’s what taxpayers expect.”

Hall says while it may have been legal, he suspects “certain payments or tax refunds” the state should have made were delayed to help erase the deficit. And that cost-shifting will impact the current year’s state budget.

Brenna Smith, a spokeswoman for the governor, says Hall is “playing politics” and “actively rooting” for a bigger hole in the state budget.

Last week, Governor Reynolds announced the state budget deficit was less than $15 million and she had the authority to withdraw enough from the state’s economic emergency fund to cover the shortfall.