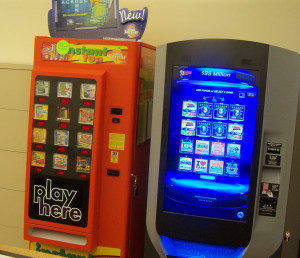 “Our older vending machines lasted about three or four years longer than what they were expected to last, so we are replacing them with new modern machines that not only dispense the scratch tickets, but will also dispense our insta-play and our lotto games like Powerball and Mega Millions,” Rich says.

He says customers should like the wider variety of tickets and  it should make it much easier for customers to buy the tickets. Rich says the machines are in high-traffic stores where they can pay for themselves. The modern machines have the most up-to-date technology.

“The new machines actually have a touch-screen front so that you can look at a particular ticket and actually turn it over and do a lot more than just look at the front side of the ticket,” Rich explains.