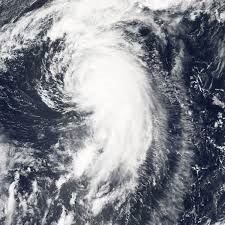 A western Iowa native who now lives in Puerto Rico says riding out Hurricane Irma followed by another hit from Hurricane Maria has been a horrible experience that’s left most of the island devastated.

Sadie Gray, who’s originally from Denison, says she is getting by but there’s little left of the island and what’s there is battered and a “hot mess” from the one-two punch from the hurricanes.

“We were still hurting from Irma and Irma wasn’t even that bad for us,” Gray says. “Before Maria came, we had friends (nearby) who still didn’t have power and this was two weeks after Irma came to town. People haven’t had power for going on almost a month now. We got our power back after Irma, three days after she was done. We’re still on generator power.” Gray says the whole island is suffering.

“It’s a mess,” she says. “I’m standing in my back yard right now because it’s where I get a good cell signal and I’m looking at what used to be a forest. It’s just naked, broken, sad trees.” Gray says her water was turned on two days after the storm and they have a filtration system, so it’s okay to drink and they stocked up on bottled water prior to the storm. She says gasoline for generators and vehicles is one of the hottest commodities on the island right now.

“Personally, we’re okay, we’ll be fine through this whole thing,” Gray says. “It’s just a matter of riding it out, but there are so many people here who don’t have fresh water to drink. They haven’t had power for weeks and they are definitely not okay.” Another thing that’s in short supply on Puerto Rico is patience, as there is a lot of standing around, waiting in line.

“There are people at the grocery store every single day because they don’t have any way to refrigerate their food because they don’t have any power or generators,” she says. “The grocery lines are almost as ridiculous as the lines at the gas stations.” There are also lines at automatic teller machines that could be two-to-four hours long on the hopes of withdrawing $20, if there’s any money left at all. Without power, credit and debit cards are useless. Some people are getting up in the middle of the night to get in line to get gas to run their generators.