You are here: Home / News / September ended on a run of hot days for an overall warmer month 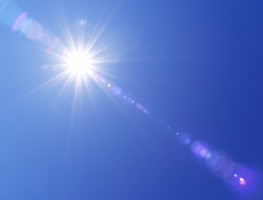 September wrapped up as a very warm, dry month for Iowa, an about-face from the month before.

State climatologist Harry Hillaker says during the last week in the month, Iowans endured temperatures much warmer than normal, well into the 90s in many areas.

“The month started out rather on the cooler side. The first seven or eight days, temperatures were well below normal,” Hillaker says. “The rest of the month, with a few small exceptions, was very much on the warmer side. The month as a whole ended up being about 4 degrees above normal for temperatures.”

It ended up being the 11th warmest September in Iowa out of 145 years of record-keeping. Coincidentally, the prior month was the 12th coolest August in Iowa on record. The hottest day of September fell on the 23rd when Iowa City reported 95 degrees, while the coldest report was 35 degrees, both on September 7th in Stanley and on September 30th in Cresco.

While the Fairfield and Ottumwa area was among the driest areas in the state, a storm system on September 20th into the 21st dumped almost eight inches of rain on that area. It ended up making Fairfield/Ottumwa the wettest area in Iowa for September, with nearly nine inches of rain during the month. Burlington had the least rain with only five-hundredths of an inch for the month. As for the month ahead, Hillaker says October promises to be a bit wetter than usual and a potential rollercoaster for temperatures.

“Expecting temperatures to average warmer than normal for the month of October, although it does look like we’ll have a fairly cool period for the second week in the month,” Hillaker says. “It’s expected to warm up again after that. On rainfall, it’s slightly favoring above-normal precipitation.” He says substantial rainfall is possible during this first week in the month.