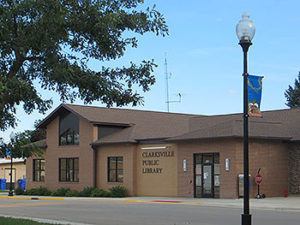 Leaders in the northeast Iowa city of Clarksville have decided to rebuild the city hall building lost to arson in late July.

Clarksville Mayor Val Swinton says the age of the building was one of the reasons the city council chose to rebuild instead of renovating the existing structure.

“The structure actually was not damaged by the fire, and so the structure according to our structural engineer is sound, but it’s also very old, it’s a 100 year old building. The roof leaks and we’ve had some bricks falling off the back of the building. We felt that fixing that building and putting a new city hall inside would not be cost effective, Swinton says. “We’re afraid staying inside of that structure it could nickel and dime us to death over the long hall with a lot of repairs here and there.” Costs for a new building are estimated at half-a-million dollars as opposed to the 450-thousand dollar price tag to renovate the existing fire ravaged building. No decision has been made on how to finance the building, which may include a bond issue.

“We talked about that a little bit, we had our city attorney there. Right now that’s kind of up in the air. There are other options we can look at, we are going to look at that in the next few months. Right now we don’t have a set program on how we are going to finance it,” according to Swinton. Clarksville City Hall was connected to the city’s emergency services buildings prior to the fire. The city council is looking into rebuilding at a different location.

“The city also owns three old buildings on main street that we’re in the process of tearing down. Some councilmen have suggested that maybe putting City Hall on Main Street would be an attractive alternative. That’s an option we are looking at,” Swinton says. Twenty-year-old Nicolas Wessels (Wess-ulls) of Clarksville faces two felonies, including second degree arson in connection to the July 22nd fire. His trial date is scheduled for Tuesday, December 5th in Butler County.