You are here: Home / Agriculture / First frost of the year expected to hit northwest Iowa 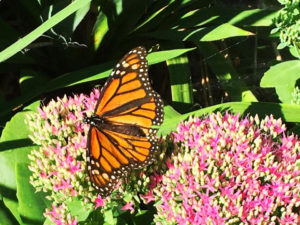 For the first time this season, parts of Iowa are under a Freeze Warning and residents in the far northwestern counties will need to take precautions if they hope to save their flowers and garden vegetables.

Neighboring Osceola and Sioux counties are the ones under the Frost Advisory. Iowans in those areas who have still have blooming flowers, tomatoes on the vine or other tender vegetation, should cover those plants tonight with sheets, blanket or styrofoam cones.

“This is the type of a freeze and frost that should not get down to the 20-to-25-degree range which would just kill everything,” Fuhs says. “Staying in the upper 20s and lower 30s, if you cover your vegetation up, it’s possible it will survive until the next freeze.”

While parts of central Iowa saw highs on Sunday in the 80s, Fuhs says that weather is gone for now, as a mostly-chilly week is ahead. “We’re looking at near-normal to just below-normal temperatures,” Fuhs says. “They will modify a little bit so we’re not expecting any more in the way of frost and freeze for the rest of the week but by the same token, it will have a difficult time warming up. Our warmest day of the week will probably be Thursday when temperatures get up into the upper 60s.”

Parts of central and southern Iowa may see highs in the low 70s on Thursday. Tonight’s first freeze for northwest Iowa is right on schedule, he says, as it usually arrives within the first ten days of October.