You are here: Home / Education / Board of Regents taking more time to decide tuition increase 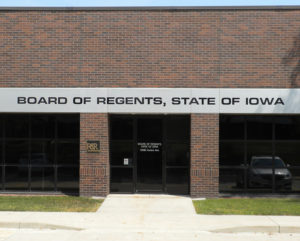 The board that governs the three state universities is delaying a decision on tuition increases.

Board of Regents president Michael Richards released a statement today saying the board will not do its traditional first reading of a proposed tuition increase at its meeting next week in Cedar Falls.

The Regents raised tuition 2% last December, and then had to raise it again by 3% after state budget cuts. The presidents of the University of Iowa, Iowa State University and Northern Iowa each recently recommended to the board’s tuition task force that tuition be raised seven percent.