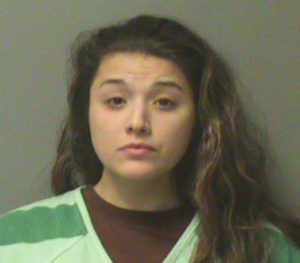 Three young children and several dogs were removed from a home in Des Moines after police say they were found alone in filthy conditions.

Des Moines Police were sent to the home on Monday and found the children — ages four, two, and one — outside. The two-year-old was “naked and covered in feces from head to toe,” according to officers, and the one-year-old was only wearing a diaper that was full.

A witness claimed the kids were left alone for over an hour. The children’s mother, 25-year-old Destinee Miller, eventually returned and said she was at the vet to put down a sick dog. She’s now in the Polk County Jail, charged with three counts of child endangerment.

Police said there was human waste, plus dog feces and urine in the house. The kitchen was said to be filthy with dirty dishes, spoiled food, and the oven was left on. The three children were turned over to the Iowa Department of Human Services.

Four dogs in the home, impounded by the Animal Rescue League, tested positive for Parvovirus, according to police.