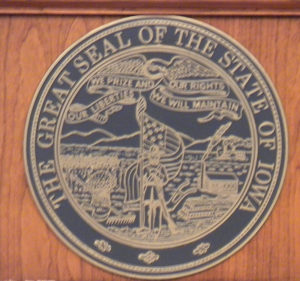 A spokeswoman for Governor Kim Reynolds says Iowa’s plan to try to stabilize the state’s individual insurance market would not be affected by President Trump’s decision to end ObamaCare subsidies for insurance companies.

Brenna Smith, a spokeswoman for the governor, issued a written statement this morning, indicating last night’s decision by the federal government “does not impact Iowa’s Stopgap Measure one way or the other.”

State officials are still waiting for a federal waiver to implement that plan. It aims to help 72,000 Iowans buy individual insurance policies for 2018. Smith said the funding for Iowa’s “stopgap measure” would come from the premium subsidies for individuals. President Trump has not ended those.

The White House announced late Thursday night that it cannot legally pay insurance companies the subsidies that were outlined in the Affordable Care Act. The governor’s spokeswoman said state officials “assumed” those wouldn’t exist anyway when they designed the Iowa Stopgap plan.

Smith’s written statement is below:

Iowa’s Stopgap Measure funding is based on one funding source, which is Advanced Premium Tax Credits or better known as premium subsidies.

This decision by the federal government does not impact Iowa’s Stopgap Measure one way or the other.