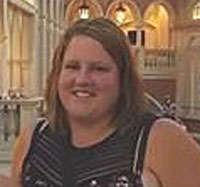 A benefit was held Sunday for the family of the northwest Iowa woman who was killed in the recent Las Vegas shootings.

More than 1,200 people turned out for the benefit in Sutherland to lend a hand to the family of Carly Kreibaum. The 33-year-old from Sutherland was among the 58 people killed when a gunman opened fire at a country music festival in Las Vegas on October 1st.

Kreibaum was buried in Sutherland on Saturday. No dollar figure was released by organizers of the benefit, but two bank accounts were set up. One is for her family’s personal use, the other is a scholarship fund for her two children.