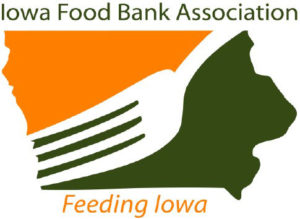 An organization that fights hunger across the state has a new leader. The Iowa Food Bank Association used today’s opening of World Food Prize events in Des Moines to introduce a new executive director.

Regenea Hurte says she faces a significant challenge. “We have about 10 percent of the population of Iowa that is facing hunger or food insecurity…food insecurity is simply defined as not knowing where your next meal is going to come from,” Hurte told Radio Iowa.

Hurte spent the past 13 years in Virginia. In addition to overseeing the Iowa Food Bank Association, Hurte will lead a new group called the Iowa Hunger Coalition. According to Hurte, the IHC will combine the efforts of multiple agencies around the state that are working to feed the hungry.

“And giving them a place to utilize their voice – whether it be advocacy, education, or just letting the everyday person who happens to be facing hunger know that there are folks out here who support you, who care about you, and want to make sure you don’t ever have to worry about food again,” Hurte said.

“The donation spirit is definitely good in Iowa. Before I got here, I heard about Iowa nice and now that I’m here, I know it’s real,” Hurte said. “But, the need is sustained. Despite the 26 million pounds of food, there were still over 60 million meals missed last year. So, we need to all work together…to make sure this does not continue in our world.”

Hurte’s husband, Vernon, became the associate vice president and dean of students at Iowa State University in July. The couple moved to Ames with their two children earlier this year.