You are here: Home / Business / Nestlé cutting jobs at plant in Waverly 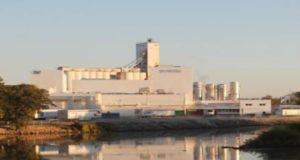 Job cuts are coming to a Nestlé plant in northeast Iowa. The company reports 56 positions at the plant in Waverly will be eliminated between now and over the course of next year as part of an effort to “streamline operations” across the United States.

William Werger, Waverly’s Economic Development Director, says Nestlé is among the city’s top 10 employers. “They are maintaining their operation here and they indicated that it’s based on optimizing their manufacturing facilities, so we are hopeful there won’t be any more (job cuts) than that,” Werger said. The Nestlé plant in Waverly currently employs 254 people.

The company reports 49 hourly jobs will be phased out, along with seven positions paid a salary. Werger is confident the 56 workers who will eventually be losing their jobs can find other work in the area. “We believe there are quite a few jobs in the Waverly area and the Cedar Valley that would meet their needs,” Werger said. “We don’t know when the jobs will be lost because they talked about doing this over a period of time, but we know there are positions available at different places.”

The company notified employees in Waverly about the changes on Monday. According to the city of Waverly’s website, the Nestlé plant produces items such as Instant Breakfast, Hot Cocoa Mix, Instant Non-Fat Dairy Milk and various sauces.