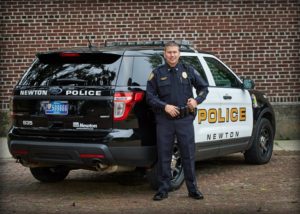 The armed robbery of a central Iowa nursing home over the weekend highlights the growing problem of opioid abuse in the state. That’s the word from Newton Police Chief Rob Burdess after two men stole medications from the Nelson Manor Nursing Home in Newton early Sunday morning. “Around the state and around the country, as a result of the opioid epidemic, facilities that house narcotics and other drugs are targets,” Burdess said.

The incident in Newton should serve as a warning to other businesses and health care facilities that house drugs, according to Burdess. “Veterinary clinics, doctor’s offices and pharmacies are going to have to take a higher level of security moving forward,” Burdess said.

Newton Police say the two men who robbed Nelson Manor entered through the unlocked front door around 3 a.m. Sunday. They were inside the nursing home for less than five minutes and stole the medications from a common area, not from patient rooms. The thieves encountered two nursing home employees during the robbery, but no shots were fired.

Thanks to Randy Van, KCOB, Newton