You are here: Home / Agriculture / ISU study: Nitrogen use may hurt Iowa’s biodiversity 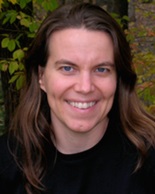 An Iowa State University study finds a chemical in fertilizer may harm biodiversity in the state, as nitrogen is hard to contain and reaches other plants through the water and air.

To see how nitrogen affects naturally-occurring species, ISU researcher Lori Biederman put fertilizer on plots of tallgrass prairie. This caused brome, an invasive grass species, to grow so much that other plants were crowded out.

“There’s fewer spaces available for other organisms to come in,” Biederman says. “Because it can get taller and put out more leaf tissue before anyone else can get it up, then it can gather more sunlight, more energy, and that means it can get bigger again.”

Biederman says as the brome thrived, other plants suffered, which decreases biodiversity.

“There’s less ‘room’ for those organisms to kind of go bananas, because there’s already something living there,” she says.

Biederman notes that because native species have deeper roots, these plants are better for the soil. The study is being published in the science journal PLOS One.