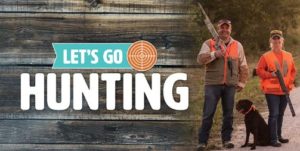 Hunter numbers in Iowa have been steadily dropping for years and a new campaign from the Iowa Department of Natural Resources aims to reverse the trend.

Wisecup says, “One is a call to action to our existing hunters out there just to remind them of why they got involved in hunting and to share their passion with other folks who may be interested in getting started.”

The state is also hoping to encourage more beginners to give hunting a shot.

“We know there’s some growing segments out there, especially in urban areas, where folks are looking to harvest organic, locally-sourced meat,” Wisecup says. “There’s a whole different audience that hasn’t been on the horizon that has an interest in getting engaged in hunting, but they just don’t know where to start.”

The top reason someone tries hunting is typically because they received an invitation from an experienced hunter, often a parent, family member or adult mentor, but Iowa’s hunter numbers are still sliding.

“Over the last three or four decades, basically since the late 70s and early 80s, we’ve seen a decline in hunter numbers,” Wisecup says. “We’re part of a national effort, called ‘Recruitment, Retention and Reactivation,’ to try to get folks back outdoors enjoying the different activities and pasttimes several of us did growing up.”

The campaign includes videos that showcase why people hunt, along with a webpage and a social media photo contest, among other components. The campaign will also promote hunter education, the Apprentice License, and hunting-related links and applications, including the DNR’s online license sales site.