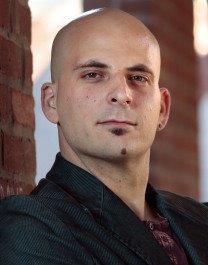 New research from an Iowa State University psychology professor finds smartphones are causing a “seismic shift” in sleep patterns among teenagers. ISU’s Zlatan Krizan and a colleague at San Diego State University found teens who spend more than two hours a day on their smartphones get fewer than seven hours of sleep a night.

“I’ve studied sleep for a few years now and it seemed that the technological revolution is having unprecedented effects on sleep and especially among younger generations,” Krizan said, “the ‘iGen’ that grew up with internet and smart phones.”

Krizan and his colleague reviewed surveys of more than 360,000 American teenagers. They found an “abrupt shift” in sleep patterns, just as more teenagers began using smartphones to text and gain access to social media sites.

Sleep deprivation leads to a “lack of energy and motivation,” according to Krizan.

“Research with children has also found that when they’re able to improve sleep among students in school, you have less auto accidents on the roads, you have less conflict among students, better focus,” Krizan told Radio Iowa. “Sleep is one of those things that really reaches into every single corner of the way our bodies and brains work, which is what makes it so important.”

Health professionals recommend that teenagers get about nine hours of sleep each night. Krizan’s new research on teen sleeping habits has been published in the journal “Sleep Medicine“.