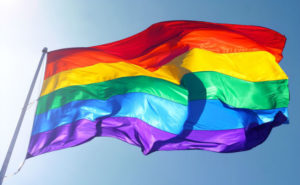 A small conservative-leaning community in northwest Iowa is hosting its first-ever Pride Festival this weekend.

Fest organizer Michael Goll lives in Orange City, a town of 6,000 people, with his husband. Goll admits this event is shaking things up a bit but he says it’s important to build support within and around Orange City’s LGBTQ residents.

Goll says, “One of our mutual friends had said, ‘Had I had an event like this when I was a kid, or seen it in my community, I wouldn’t have tried to kill myself,’ so hearing stories like that, this is really powerful and important that we do this event.”

Orange City is the seat of Sioux County and is home to Northwestern College, a Christian liberal arts school. Goll is a Northwestern graduate and says they decided to celebrate the community’s LGBTQ culture because, as Goll says, “Why not?”

“I think nowadays we can make a home in a small town, in this rural agricultural community and still have a really successful life,” he says.

Goll adds it’s vital to demonstrate that LGBTQ people in Orange City contribute to the community and are everyone’s neighbors.

The event begins today and includes live music, storytelling and food. It goes through Sunday, when it will conclude with brunch and show tunes.