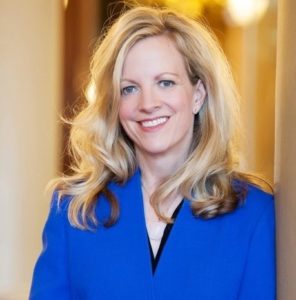 The 20 Democrats in the Iowa Senate met privately Sunday and elected a new leader.

She issued a short written statement Sunday. Petersen said the Republican-controlled Senate passed “damaging policies” last session and Democrats in 2018 will be “focused on helping Iowans get ahead.” Petersen served a dozen years in the Iowa House before winning a seat in the state senate in 2012.

In 2008, when she a member of the House, Petersen helped steer the Smokefree Air Act through the legislature. In 2004, after giving birth to a stillborn daughter, Peterson became the co-founder of a non-profit that encourages pregnant women to “Count the Kicks” of their baby. Changes in movement can signal problems.